The Pros and Cons of Central AC: Insights from an Air Conditioning Company in Port St. Lucie, Florida 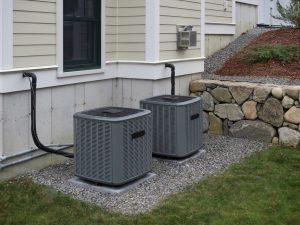 There are all sorts of air conditioners available on the market today, each of which performs slightly differently. Of all the different types, perhaps the most effective is the central AC.

Are you wondering how you can benefit from installing a central air conditioner? Wondering about the potential drawbacks? If so, you’ve come to the right place — this air conditioning company in Port St Lucie, Florida is going to discuss the pros and cons of central AC below.

There are many pros to installing a central AC system in Port St. Lucie. These in include the following:

Only Requires a Single Unit

One of the biggest pros of central AC is that it only requires a single AC unit. This one unit can cool the entire home, utilizing a series of air ducts to pump out air to each room.

If you’re looking to install an air conditioner that won’t leave you with an astronomical energy bill each month, look no further than a central AC. Because central ACs make use of just a single unit, and because this unit passes all its treated air through a series of ducts, they work relatively efficiently. As such, they are much more affordable to run than many other types of ACs.

This is not true of central AC. Central air conditioners run through a series of ducts. As such, the only portions of the central AC system that are visible inside the home are the vents. These vents are discrete, and they do very little to impair the home’s interior aesthetic.

Central AC systems in Port St. Lucie are beneficial on multiple levels. But with that said, it does have its downsides. These include the following:

One potential downside to central air conditioners is that they don’t allow for temperature variation (unless you have a zone system). In other words, they can’t produce different temperatures in different rooms of the house. You can set one temperature on the thermostat, and the AC will produce that temperature in every room.

If you have ductless mini-split systems, on the other hand, you could set every room in the home to a different temperature.

One of the main caveats to installing a central AC in Port St. Lucie is that your home must have a series of air ducts. These can be expensive to install, especially if your home has already been built.

As such, for some in this situation, ductless mini-split systems could be the best option. They don’t require an air duct system, and they can be quickly installed by a reputable Port St. Lucie air conditioning company.

Is a central AC system right for your home? Are you looking for the top-rated air conditioning company in Port St. Lucie, Florida? If so, the HVAC experts at All American Air & Electric are the people to call.

Our team has installed central ACs in countless homes throughout the Port St. Lucie area. Regardless of the size of your home, we can help you find the right system. Contact us today to request a free quote.