Everything You Need to Know About Ungrounded Outlets: Insights from an The Villages Electrician 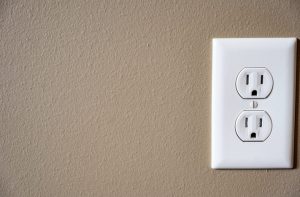 Are you interested in learning more about it? If so, then you’ve come to the right place. This The Villages electrician is going to explain everything you’ll need to know.

Simply put, an ungrounded outlet is an outlet with two prongs. These outlets were standard for decades. However, in the 1960s, that changed with the advent of grounded outlets.

Instead, they allow that electricity to overpower them. When this occurs, all sorts of things can happen. Most commonly, it causes the outlets to get exceedingly hot. In other cases, however, it produces sparks that can lead to fires.

In short, ungrounded outlets are much less safe than grounded outlets. They’re a fire hazard that could result in tragedy at any time. For this reason, it’s strongly recommended that you have replaced as soon as you can.

Though it’s certainly possible to replace your outlets on your own, it is much safer to hire a licensed electrician the handle the task. Outlet installation can be dangerous, and you don’t want to subject yourself to any form of injury.

What Kinds of Problems Can an Ungrounded Outlet Cause?

Perhaps the most common issue brought on by ungrounded outlets is electrical shock. It’s possible that, when plugging an appliance into this type of outlet, it could cause a power surge that leads to you being shocked.

At the very least, this could tingle a bit. At worst, it could kill you. That alone should incentivize you to make the switch.

By simply installing a grounded outlet and providing yourself with the best electrical system possible, you can avoid this problem altogether.

As was noted above, ungrounded outlets can cause sparks. What can happen when sparks are flying out of an outlet? Fires can start. All it takes is a single spark to land on something flammable, and soon enough, your entire house could be in flames.

House fires are, as you know, extremely dangerous. Not to mention, they almost always lead to the destruction of possessions stored in the house. In short, you’ll want to do everything you can to avoid them at all costs.

Are You Looking to Hire a Licensed Electrician in The Villages, Florida?

Do you have ungrounded electrical outlets in your The Villages home? Are you looking to replace them? If so, the licensed electricians at All American Air & Electric can help.

Our The Villages electricians are well-versed in the replacement of electrical outlets. We can ensure that your outlets are installed in a safe and optimal manner.