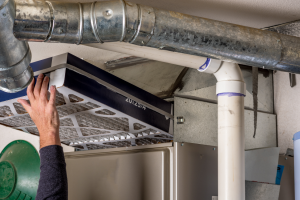 Has your furnace been hard at work this winter? Unfortunately, that could be a problem. Because it’s been in operation for the past few months, it’s possible that your system has started to take on some wear and tear. Now you might be wondering: is your Fort Pierce furnace in need of repair?

In order to make this determination, there are a few key signs to look out for. The 5 most prominent of these signs include the following.

Is Your Furnace Making Strange Noises?

Generally speaking, furnaces are meant to operate quietly. As such, if you hear a strange noise coming from your furnace, there’s likely something wrong with it.

Regardless of the sound you’re hearing, you’re advised to call up an HVAC technician. He or she will be able to assess the problem and take action to correct it.

Is Your Furnace Emitting Foul Odors?

Not only are strange noises a cause for concern, but foul odors as well. What is a foul odor as it pertains to your furnace? Any odor essentially. After all, furnaces aren’t meant to emit an odor at all.

Is Your Home Heated Inconsistently?

One of the great things about furnaces is that they provide heat to the entirety of their corresponding homes. Unfortunately, in cases where their corresponding duct systems are compromised, they fail to do this, providing more heat to some areas than they do to others.

In most cases, this is an easy fix. All that it requires is an air duct cleaning. That said, there could be other factors at play. Whatever the case may be, it’s recommended that you bring in an HVAC repair specialist.

Are Your Energy Bills Skyrocketing?

Another sign that your furnace might need attention is that your energy bills are skyrocketing. When a furnace is suffering a problem, it isn’t able to operate as efficiently as it normally would. As a result, it ends up using more energy.

What happens when you use more energy? You pay more on your energy bills. The best way to reverse this trend is to have your system inspected by a professional. An HVAC repair technician can diagnose the problem and take action to correct it.

Is Your Pilot Light Discolored?

One of the surest signs that your furnace requires repair is that its pilot light is discolored. When in normal working order, a furnace’s pilot light should have a light blue color. However, if there’s an issue with the furnace, it might possess a yellow or an orange color, which is a cause for concern.

In Need of Furnace Repair in Fort Pierce?

Is your furnace demonstrating signs of a problem? Are you in need of furnace repair in Fort Pierce? If so, we here at All American Air & Electric are the company to call.

We’ve repaired a variety of furnaces throughout the Fort Pierce area. Regardless of the problem your furnace is experiencing, we can fix it.