Understanding the Dangers of Ungrounded Outlets: Perspective from a Stuart Electrician 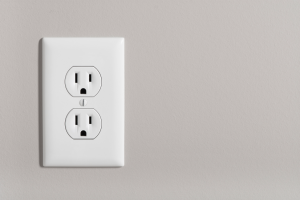 In the world of electricity, improvements are always being made. Some of what was standard 30 years ago is considered to be dangerous today. As such, home and business owners tend to encounter a number of problems with their electrical systems.

One of the biggest electrical problems that home and business owners face is the problem of ungrounded outlets. Want to learn more about ungrounded outlets and their dangers? This blog post has all the information you need.

What is an Ungrounded Outlet?

Both types of outlets are functional. However, ungrounded outlets, in particular, are flawed. Why? Because they do a poor job of handling electrical surges. In other words, they lack the safety capabilities of grounded outlets.

Therefore, if you have ungrounded outlets in your home, it’s advised that you have them replaced with grounded models as soon as possible. Making this replacement is vital to the safety of you, your loved ones, and your electrical system at large.

What are the Dangers of Ungrounded Outlets?

At the very least, an electrical shock will cause injury. At the very most, it can cause death. In other words, it’s not something that you’ll want to leave to chance. Your best and safest option is to have those ungrounded outlets replaced immediately by a Stuart electrician.

Another danger of ungrounded outlets is fire. When an outlet can’t properly receive the energy running through it, it runs the risk of sparking. Wherever sparks are present, fire is a possibility. Therefore, ungrounded outlets have the potential to start fires.

Do You Require the Services of a Stuart Electrician?

Do you have ungrounded outlets in your home or commercial property? Looking to have them replaced with grounded models? If so, and if you’re in need of an electrician in Stuart, the electricians with All American Air & Electric are here to help.

Experienced, insured, and licensed, our electricians have installed outlets for customers all over the Stuart area. Our team would be happy to help you as well.