What Types of Air Conditioners are Available to You in Vero Beach? 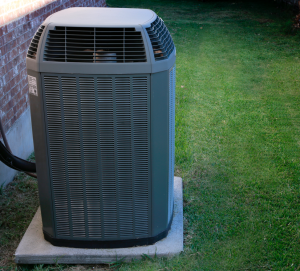 Vero Beach is hot and getting hotter. If you’re going to install an air conditioner this year, you’d be wise to get the ball rolling sooner rather than later.

Aptly named, ductless mini-split systems forego the use of ducts. As such, their installation is a great deal cheaper than the installation associated with central AC.

It’s important to note, however, that while ductless mini-split systems are terrific for single-room cooling, they’re not ideal for whole-home cooling. This is due primarily to their lack of air ducts.

Heat pumps are different from other cooling options in that they’re also capable of providing heat during the winter. Highly energy efficient, they require only small amounts of electricity in order to run, saving their users money in the long run.

One thing to note, though, is that heat pumps can be inconsistent. While they typically perform their function properly, they are prone to moments of malfunction. For this reason, those with heat pumps generally opt for alternate cooling and heating systems in addition to their heat pumps.

Aptly named, window air conditioners are air conditioning units that are installed in window openings. Once positioned in a window, they operate in the same general way as central and ductless AC units.

There’s nothing inherently wrong with window air conditioners. They serve their function as needed. However, this doesn’t mean that they should be seen as permanent cooling solutions.

Why? Because they lack the energy efficiency of other high-end air conditioners. In other words, they’re expensive to run on a daily basis.

However, in terms of energy efficiency, they’re even worse off than window ACs. If you’re trying to choose between a window AC and a portable air conditioner, we highly recommend going with the window air conditioner. It will likely save you substantial amounts of money in the long-run.

It’s important to note again, however, that neither of these cooling options is a long-term solution. They are best used for temporary living situations, such as living in an apartment.

Looking to Install an Air Conditioner in Vero Beach?

Capable of repairing and installing central AC systems, ductless mini-split AC systems, and heat pumps, we’ve helped cool countless homes throughout Vero Beach and its surrounding areas. Regardless of the type of air conditioner you’d like to install, we have you covered.